Social scientists have studied immigrants’ incorporation into new societies for decades. Why do some immigrants easily blend into a new country, adopt new cultural traits and find good jobs? Why do others fare worse in the labor market or seem to reject mainstream cultural models? Traditionally, differences in the incorporation paths of international immigrants have been explained looking at things such as education, time since migration, and origin cultural traits. But the people that immigrants meet, make friends, and hang out with might be even more important. This includes the new acquaintances that immigrants encounter in the destination country, and the people they remain in touch with in their country of origin.

Even the way these acquaintances know and interact with each other might matter. As an Italian immigrant in America, for example, knowing five separate Americans, who live and work in different places, seems quite different than knowing a group of five American friends who all know each other and hang out in the same places — in terms of the kind of support and information that a group of five friends can give you, as compared to a set of five separate acquaintances. In more technical terms, the different ways that your friends know each other, and interact with each other, create different social network structures — more or less cohesive, more or less factional — that surround you. In sociology, these are often said to be different degrees of embeddedness in a social group. (Continues after the figure.) 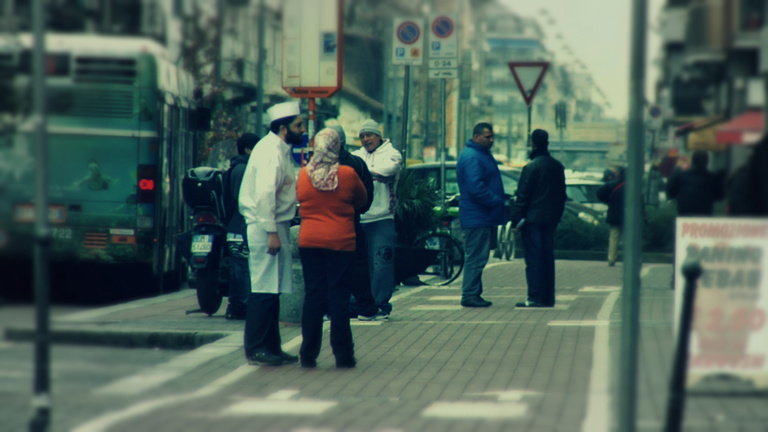 This is an example widget to show how the Left sidebar looks by default. You can add custom widgets from the widgets screen in the admin. If custom widgets are added then this will be replaced by those widgets